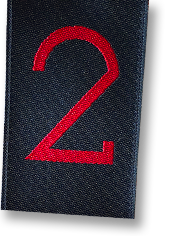 Why is sustainability essential, and what does it mean?

The concept of sustainability has been around for as long as humans have, but let’s delve a little more thoroughly through that path. According to news media Youmatter, it is defined as “the processes and actions through which humankind avoids the depletion of natural resources, in order to keep an ecological balance that doesn’t allow the quality of life of modern societies to decrease”. So, by today’s most common definition for something to be sustainable, it must balance how it meets human needs without degrading the natural environment*.

Although the sustainability concept has a significant rise around the globe in the last decade, its written origin came from several different periods stating population (1798, Thomas Malthus set of his famous “theory of population” that states the population grew quicker than resources) and “sustainable development” (first appeared in an official document signed by thirty-three African countries in 1969, under the auspices of the International Union for Conservation of Nature (IUCN)).**

Both of those origins characterized the most common definition of sustainability today, which is sustainable development, defined by the Brutland Report produced by the UN in 1987 which shined the light on the problems of development for the planet and our future.

“Sustainable development is a development that meets the needs of the present without compromising the ability of future generations to meet their own needs.”***

Why do they matter? The views on sustainability encourage people, politicians, and businesses to make decisions betting on the long term and taking future generations into account. In this way, acting sustainably has a framework of decades and considers more than the profit or loss.

Today’s companies who achieve true sustainability in all three areas at every stage of the process come in very few numbers, and they often decide to put their efforts toward resolving one area before actively going to the next.

So when it comes to fashion, what does sustainable mean? It should prioritize both environmental and social responsibility throughout the life span of a garment, from raw materials to how long a piece of clothing will last in your closet. But as a brand, it should concern more than addressing fashion textiles or products; it should comprise of managing the whole system of fashion. Meaning exposing the entire supply chain consisting of fair trade for all involved in the production chain, meaning paying fair prices for environmentally sourced materials produced in proper work conditions.

Now, we come to the financial part and the question people often ask; why is the price of such a sustainable product higher than the average one from mass production? The products made in such transparent fashion are more expensive than the conventionally made product because they are made without cutting corners. With that being said what you are buying is a product that is made to last longer than one season which will, as the ultimate goal, help reduce massive global waste pollution that fashion industry has on our planet each year.

What can you do as a consumer? As a sustainability-minded consumer, instead of trying to find the perfect company that’s accounting for everything, think about what is most important to you — better labour practices, less waste, or renewable raw materials — and focus your purchasing power on a brand with similar aims. In other words, think about what you’re buying and from whom you are buying it too.

Besides the fact that handcrafted products can offer higher quality and fair trade conditions, did you know they are also green? Handmade work takes less energy than a mass production assembly line; it tends to be less wasteful of materials and as in my production with no animal derivates and testing with the sole focus on innovative natural materials. Whilst less is being made, what is made will have a higher intrinsic value.

As a small artisan maker with a passion for handcrafted ethical design, my goal is to be mindful of my production and make the very best quality products I can, not the highest number. I work each day to create treasures for the future; investment pieces that will be passed down and cherished for generations – not trend-driven designs that will be out of fashion next year and join the global waste consumption.

I charge a fair price for my product, enough to pay me well for my craftsmanship and skills, enough to cover the cost of the high quality, sustainably sourced materials that go into every design. Enough to pay my suppliers and their employees a fair wage and enough to keep all my business going.

The point is that the worlds material resources and productive capacity is limited, but there is no limit to human creativity. A deeper connection between what is designed and what is made will create better quality, less waste, and it will promote greater cultural diversity and resilience.

Therefore, I choose to not participate in the mass consumption race to be the cheapest to make more sales and will not compromise what my business stands for – moral conscience and quality, handcrafted pieces that will last a lifetime. I choose to Buy Less, Choose Well and Make it Last.